Why you should use React Native for your next App Development?


The mobile app development area has quite changed recently with the arrival of what we call “hybrid” apps. The main characteristic of these types of apps is that they use the technologies that web developers already know (such as HTML, CSS, Javascript) to build an app that will compatible on both the Android and the iOS platforms.

But the main issues with this kind of apps is that they are not necessarily as powerful as the native apps written with the “classic ” Android and iOS SDKs and that they won’t necessarily give you access to more advanced functions of the phone such as the camera, the GPS or the sensors.But React Native solves all of those issues by offering the developers to build “native” apps on both the iOS and Android platforms with only one shared Javascript codebase, which improves the performance and gives you access to more advanced functions of the phone.Let’s see what other advantages React Native will bring you.

The best reason is Cost effective

The main advantage of React Native is its code reusability. Though you have the opportunity to write code for specific platforms if you need to, React Native allows you to have only one shared code base in Javascript that can be used to build your Android or iOS app.

This can save you a lot of development time as usually having an app that is compatible with both Android and iOS requires you to have two different code bases, so this usually takes twice the time. And, especially in the software development area, saving time means saving money on cost of development.

It’s not too difficult to find a developer, Becasue one who knows react can built a RN app too

Another great advantage of React Native is that it uses the Javascript programming language and that it is based on the pre-existing React framework. Becuase of this any developer who knows react can swtich to React Native easily, and  according to the he latest Stack Overflow Developer Survey has shown that as of today the most popular programming language among developers is Javascript with a popularity of 69.8%, while the “usual” programming languages used for Mobile development (Java & Kotlin for Android Development, Objective-C & Swift for iOS development) are mostly at the bottom of the survey with 45.3% for Java, 4.5% for Kotlin, 8.1% for Swift and 7.0% for Objective-C.
https://insights.stackoverflow.com/survey/2018/#technology-programming-scripting-and-markup-languages

Because the React Native is based on a popular programming language and a popular framework means that developers who are familiar with these technologies will be able to learn and start working with it quickly. For example, it took me a little less than 2 weeks to switch from React.js to React Native.So if you already have a Javascript developer in your team, it won’t take too long for him or her to switch to this technology. And if you don’t, it won’t take you too long to find the right developer.

If there’s one thing that is really incredible about Javascript and React Native, it is the community behind these technologies. As these technologies are widely used around the world, many developers have probably already faced the issues that you might face during the development of your app. So if your developers are stuck on a specific problem during development, they’ll probably be able to get answers on websites such as StackOverflow or GitHub.

Furthermore, the fact that React Native uses Javascript means that it gives your developers access to the npm package manager, which is the world’s largest software registery that consists of more than 650 000 packages of reusable code that can be used to develop your app more quickly.

The Tech giants are using it. 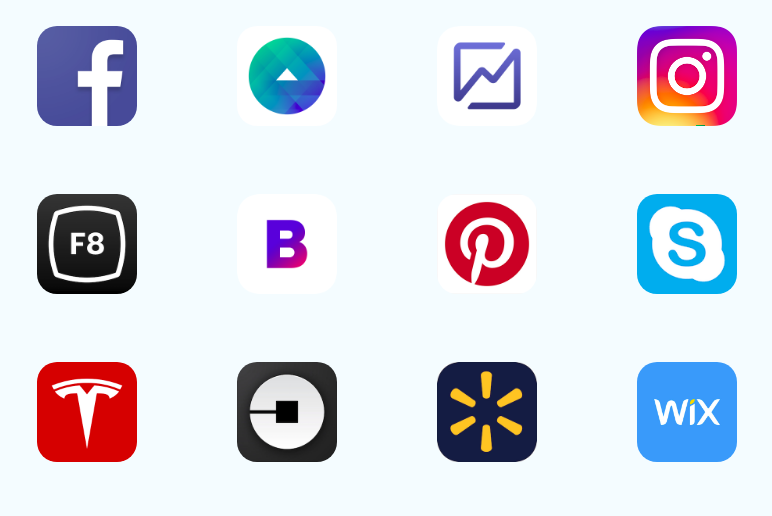 Most apps that you probably use regularly are already using React Native. For example, the Airbnb ( The Major contributor to RN community but now left from the active development ) , Instagram, Uber Eats apps are partly written with React Native.Bloomberg has even made the choice to redesign entirely their app using React Native.

Due to these causes, I would highly recommend you to use React Native for you next mobile app project, especially if you are a startup or a company that needs to launch its next product fast.The main exception to this is if you want to build an app that needs a lot of computing power (such as a game or a simulation program) or an app that uses really advanced functions of the Android or iOS platforms.

Fill in the blanks